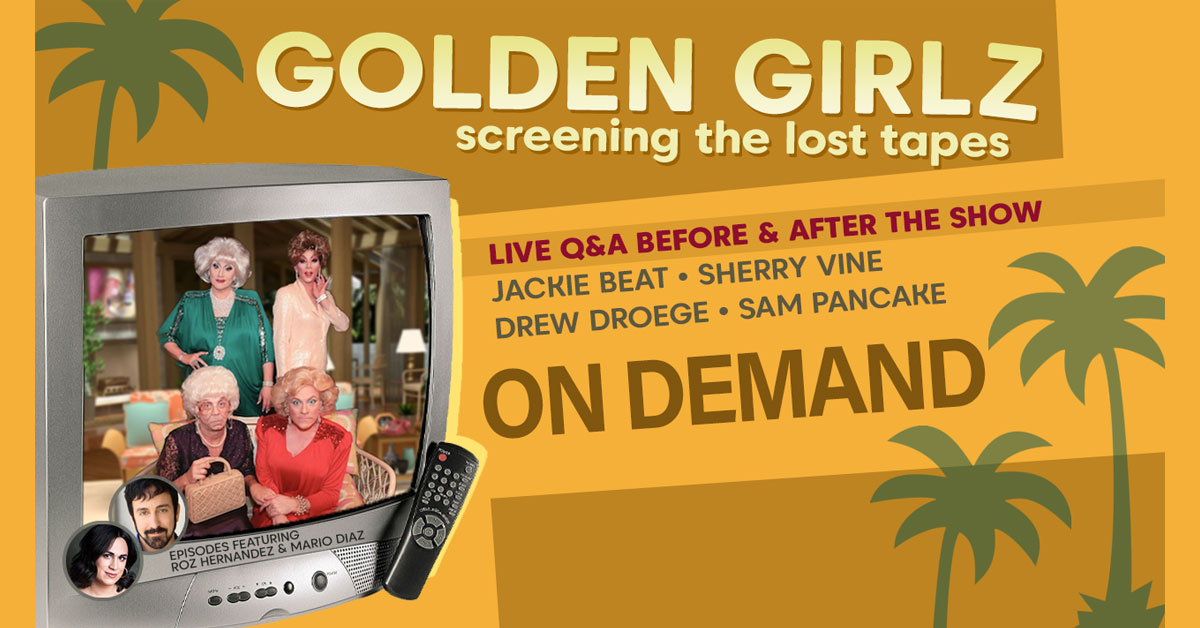 The BAD news? You didn't see The Golden Girlz LIVE in Los Angeles…

The GOOD news? You can now watch 2 recently discovered episodes, virtually, in the safety and security of your home - no matter where you live!

That’s right, you won’t even have to put on pants or comb your hair to enjoy these 2 all-new episodes: “Daddy’s Little Lady” (Blanche’s father Big Daddy is marrying someone half her age while Dorothy & Rose are trying to win a Miami Tourism songwriting contest!) AND “Family Affair” (Dorothy’s sexy saxophone-playing son and Rose’s surprisingly sarcastic daughter enjoy a little Afternoon Delight under Blanche’s banana leaf bedspread!)

So, whip up some margaritas, put on your favorite salmon & teal outfit and get ready to enjoy TWO MORE recently discovered episodes shot LIVE at the legendary Cavern Club Theatre in Los Angeles.

Cast members will be on hand to share fun facts, dish some behind-the-scenes dirt and answer audience questions.

Once you purchase your ticket, you will get an email and text message with your link to watch at showtime